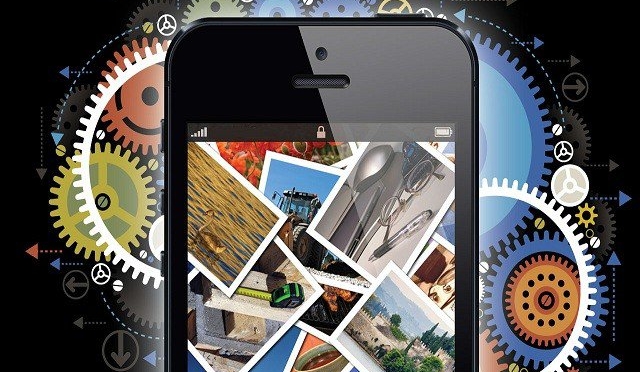 The mobile industry has experienced a surge of phenomenal proportions due to the advent of technology and wide use of mobiles, especially smartphones. Only a decade ago, the purchasing power of a cell phone was limited to the middle or upper class, while lower class couldn’t afford such luxury. According to Maruti Techlabs, the numbers of smartphones users around the world has touched the mark of 1 billion and counting. And the numbers of mobile apps that are being downloaded by users showcase the staggering figure of 179 billion per year. The mobile apps industry made this possible by producing cheaper handsets so that the lower economy class could also afford this facility that isn’t a luxury anymore.

With the increase of usage of smartphones, mobile apps have also gained popularity among the smartphone users and these apps are now considered lifeline for everyone, ranging from a housewife to a student. They serve on various grounds, ranging from, games, entertainment, education, and business, to chatting and messaging service providers. These apps are making their personal and professional lives easier and more productive than ever before.

There are multiple kinds of apps making a top of the list. There are Google Apps which includes, Gmail, search, and Maps. We have social media giants like Facebook, Twitter, Instagram, and Snapchat etc. Last but not the least, gaming apps also share the market shares fairly with games like Angry Birds, Temple Run and Candy Crush to name a few.

IDC reported export of 101.9 million wearable devices in 2016 just. This was 29% more than the 79 million shipped in 2015. People find it convenient to use these wearable devices in order save time and enjoy the convenience of using these apps on the move. Like, people like to use fitness apps during their exercising routines to keep track of their workout and diet plan they are following. And this is only one of the many uses of wearable devices that are trending today. Apple Watch and Microsoft’s Hololens are two of the most used wearable devices. The popularity of wearable devices has opened gates to limitless opportunities for app developers and accessory makers to develop new apps and accessories for the consumers. All they have to do is to use their imagination and sky is the limit for the types of apps that can be developed for the convenience of users.

The most trending phenomenon of this era is Internet of Things and its gaining popularity at a fast pace. Gartner gives figures of IoT-connected devices by 2020 to be 26 billion while according to another survey by experts; IoT will be connecting 50 billion objects by 2020. Either way, future of IoT looks bright. Different appliances and gadgets connected through the Internet will give a boost to apps development industry.

IoTs include devices like smoke detectors, light dimmers, alarm clocks, cameras, and thermostats to name a few. A navigational tool like Siri is trending in cars. Then, there are voice control apps that make the control of different devices through voice command possible. The list is endless and increasing by the day. With time the circle of IoTs will expand and so will the apps development needs with it.

The trend of m-commerce is on the rise as well. Mobile apps developers have devised new improved methods of payment using your mobile instead of credit cards or cash. This has facilitated the users to make the payments in a more secure manner with the provision of not having to go out for shopping. Online shopping trend has made trading and shopping experience hassle free and convenient.

Everyone knows about the significance of the trending apps in smartphones and the kind of access this can give the entrepreneurs and businesses to the consumers. So now, businesses and enterprises are getting their own apps developed that are mobile compatible and give their potential customers an easy access to their product through just click a button. There are thousands of apps available on smartphones for this very purpose and the number is going to grow with the passage of time.

WHAT IS THE FUTURE?

The future is bright. Mobile App development is the new best thing in a job market. The demand for new apps development will increase and is increasing by the day. Companies want apps developed for them in less time with flawless functionality, and for this, they are willing to pay a hefty amount. Universities are now offering courses in apps development to prepare future professionals to meet the demand for the developers who can offer a quality product. According to Catherine Clifford, the apps revenue generated in 2016 amounted to $24.5 Billion and the growth witnessed from 2011 to 2016 of worldwide mobile advertising revenue was 400%. This kind of growth is seeing the rising trend in the coming years.

Stanley Howard is a tech journalist who writes frequently for Cheap Assignment Writing Service. He’s fervent gamer and has made valuable contributions to online tech magazines.

Biggest Mistakes in Mobile App Budgeting and How to Avoid Them 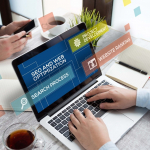 How To Improve On Page SEO of Your Business Website?

Thank you for subscribing.

We respect your privacy and take protecting it seriously